It is known as a substance that gets dissolves into a substance. Mostly a solute is a solid compound but it can also be in the form of solid, liquid, and gas. Some of the examples of the solute are salt from seawater, oxygen in the air, and sugar in water. It will only get dissolved in the solvent when both have enough stronger attractive forces to overcome the molecular forces and holding the particles. Generally, in comparison to the solvent, a solute has a very minor amount in the solution. But there is a process of saturation during which a solvent does not get able to dissolve any solute in it. Example:- A basic example for both from our daily life is that when we make a cup of tea then we add tea leaves, sugar, and milk into hot water. Where hot water act as solvent and tea leaves, sugar, milk is the solutes.

A substance in which different types of compounds get dissolved to produce a solution is called a solvent and it occupies the main part of a solution. Mostly the solvent is liquids like water is the most common solvent which gets used daily in which we can dissolve any substance that can be solid, liquid, or gas. In short, water is a universal solvent. It can be divided into two parts which are polar and non-polar.

Difference Between Solute And Solvent:

Hope you like the above article and now you know some of the basic differences between both. The information mentioned in this article is based upon the various research studies and Reporter Aunty does not claim this.

Please do follow us on our social media accounts and stay tuned with our new updates. Also, comment below if there is any suggestion or feedback of yours so that we can make things much better. 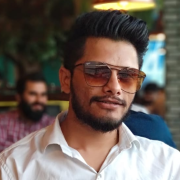 Top 5 Fastest Runners In The World

What is Signal? Analog And Digital Signal Difference?

What Is The Difference Between CNG And LPG?

What Is The Difference Between Plants And Trees?