Bollywood choreographer Saroj Khan died of a cardiac arrest at the age of 71 on Friday morning. The legendry choreographer was mourned by the fraternity, who called her ‘the genius who immortalized stars’. Amitabh Bachchan, Akshay Kumar, Kajol, Subhash Ghai, Kareena Kapoor, and frequent collaborator Madhuri Dixit were among those who paid tributes to Saroj Khan on social media.

Saroj was admitted to Mumbai’s Guru Nanak Hospital last month after she complained of trouble in breathing. “She passed away due to cardiac arrest at around 2:30 am at the hospital,” her nephew Manish Jagwani told news agency PTI. Saroj Khan was in the hospital since June 17 after she complained of breathing difficulties. She had tested negative for the coronavirus disease (Covid-19). Her funeral took place on Friday morning in Malad, Mumbai.

Fondly called ‘Masterji’ by stars whom she choreographed, Saroj directed over 2000 songs in her long and storied career. Her most famous collaborations were with actors Madhuri Dixit and Sridevi. Tributes poured in for the ace choreographer.

Amitabh Bachchan remembered the choreographer on Twitter, remembering how much he enjoyed her dance moves.

Saroj ji .. you gave us and the industry , rhythm, style, grace of movement and the art of converting the lyrics in a song to a meaning in dance .. .. on a chance meeting many many years ago she paid me my best compliment .. she was living in Dubai then from marriage and when DON was released she said “ I saw the film and then after, I would go to the theatre where it was released, at the time when your song ‘khaike paan.. was on , see it and come out .. I used to do it regularly every day .. I would tell the usher to let me in just to see the song and leave .. that is how much I enjoyed your dance moves ..” !! coming from her was the ultimate .. .. a legacy has passed away .. 🙏 And the show moves on .. in remembrance of those that have left us during this time of the times .. day by day they go away .. leaving us all with the happy memories of their presence .. of their immense contribution .. of their life long creativity, captured and documented on celluloid for posterity .. I shall end for the DAY now .. the mind is filled with remorse and grief ..

I'm devastated & at an utter loss of words today! Saroj ji was part of my journey since the beginning. She taught me a lot, not just about dance but so much more. There's a rush of memories in my head thinking of this big personal loss. My heartfelt condolences to the family 💔

Akshay Kumar wrote on Friday, “Woke up to the sad news that legendary choreographer # SarojKhan ji is no more. She made the dance look easy almost like anybody can dance, a huge loss for the industry. May her soul rest in peace.”

Born in 1948, Saroj Khan started her career as a child artist at the age of 3. Graduating to a back-up dancer in the 1950s, she worked with choreographer B Sohanlal.

Saroj Khan won three National Awards for Best Choreography for her work in Devdas, Jab We Met, and the 2007 Tamil film Shringaram. Her signature moves in Hawa Hawai, Chandni, Tama Tamma, Ye Ishq Haaye, Ek Do Teen, Dola Re Dola, and Dhak Dhak Karne Laga are remembered to this day. She also worked on TV as a reality show judge between 2005-2010.

Saroj Khan is survived by her husband, son, and two daughters. 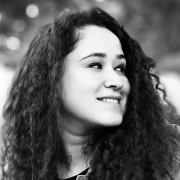 What Is The Difference Between Data And Information?